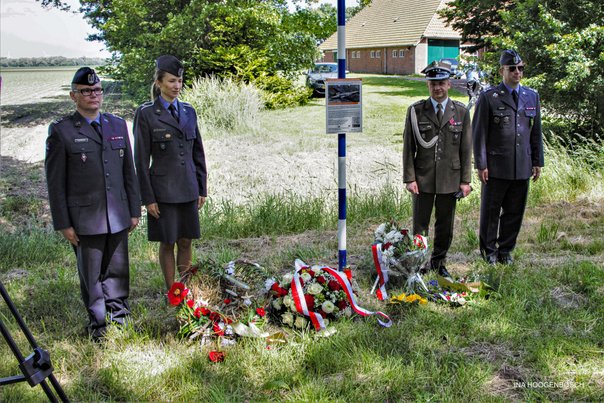 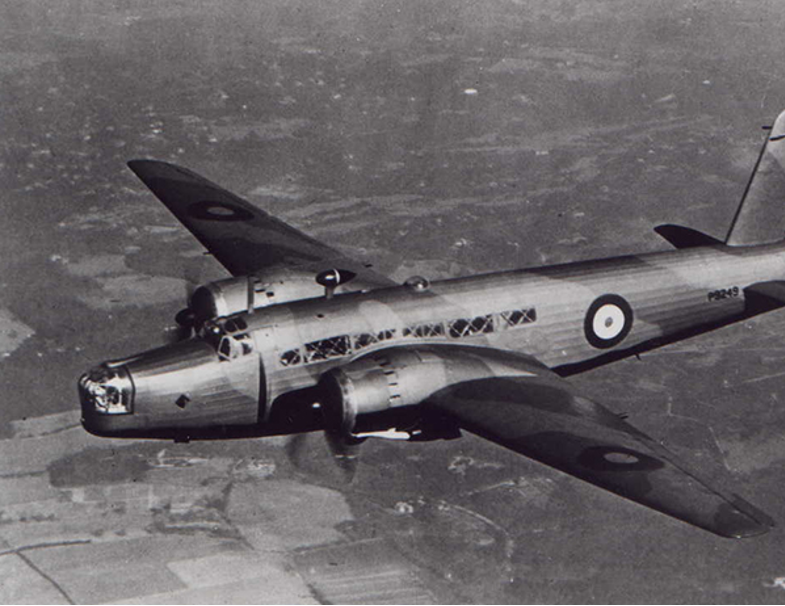 On June 5, 1942, the twin-engine Wellington bomber had taken off from Hemswell airfield in England at 11:36 PM. There was a six-person Polish crew on the plane. After the conquest of Poland in 1939, some members had fled to England via Hungary and France and had entered the English Bomber Command.

It had been intercepted on the way there by a German night fighter, flown by Oberleutnant Ludwig Becker of 6./NJG 2, and caught fire. The bomber flew on burning and came down at 38 Molenweg, behind the farm of the J. Kuperus family. The flames from the wreckage spread to the farm, which burned down completely. The entire crew died in the crash. The crew members were buried by the occupying forces in the then military honorary cemetery in Huisduinen (municipality of Den Helder). After the war they were reburied in the Bergen op Zoom War Cemetery. 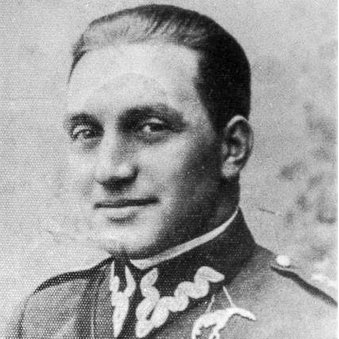 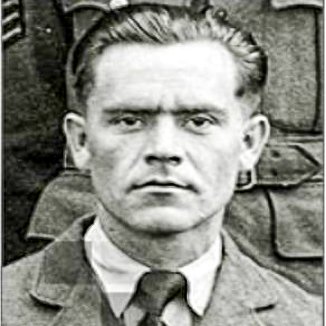 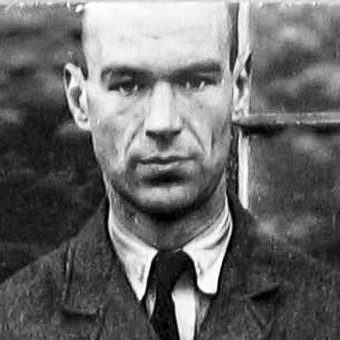 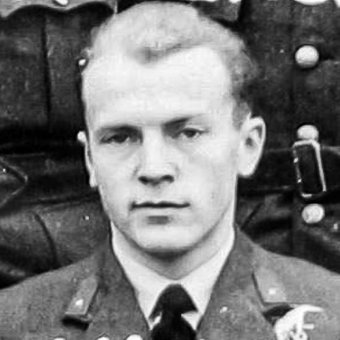 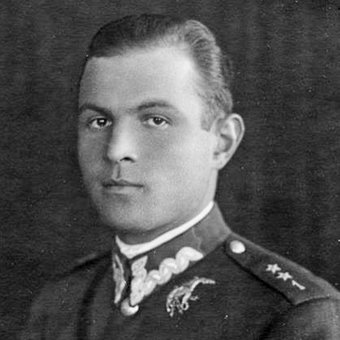 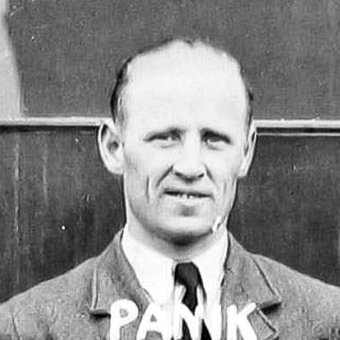 Photos of the unveiling. Photos taken by Ina Hoogenbosch and Chris Dijkshoorn

On June 11, 2022 we unveiled a remembrance post at the Molenweg near Slootdorp. This is where a Wellington bomber crashed on 6 June 1942 with six Polish crew members on board. Details about this crash and photos of the unveiling can be found on the page for this Wellington Z1467.

Amid great interest, the remembrance post was unveiled by Colonel Dariusz POCZEKALEWICZ of the Polish Embassy. He was accompanied by OF-4 Mr. Tomasz KURIATA, OF-4 Mr. Rafal CHMURA and OR-5 Ms. Paulina SANDOMIERSKA. Under the leadership of Co Wiskerke, the veterans once again made an appearance. The Catholic Parish Wieringermeer was represented by Pastor Maciej Sendecki. On behalf of the Municipality of Hollands Kroon, Deputy Mayor Theo Groot laid a wreath at the remembrance post. Dirk Bak blew The Last Post and the Polish national anthem.

Video report of this day 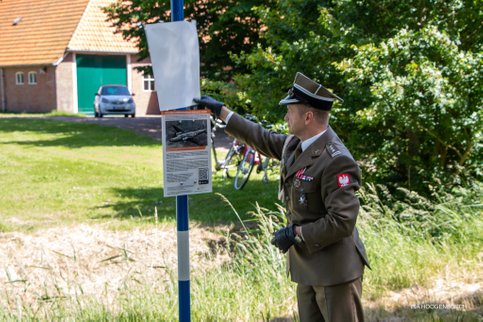 On June 5, 1942, at 11:36 PM, the Wellington bomber took off from Hemswell Air Base in England. The aircraft with the code Z1467 GR-L had a Polish crew of six and belonged to the 301 Squadron of the RAF. The aim that night was to bomb the German city of Essen. On the way there, the bomber was attacked at 01:21 above the Wieringermeer by the German night fighter with pilot Oberleutnant Ludwig Becker and his crew. Becker flew a Dornier night fighter of the type Do.215B-5 and had taken off from Leeuwarden Air Base. He and his crew belonged to the 6./NJG2 of the Luftwaffe. On board with Becker were Unteroffizier Josef Staub (Bordfunker) and Unteroffizier Wilhelm Gansler (Bordmechaniker).

After an exchange of fire, the bomber crashed at 38 Molenweg in Slootdorp. The bomber broke into pieces just before it crashed and the wreckage ended up scattered on the ground. Part of the aircraft landed just behind the farm of Ids Kuperus. The flames spread to the farm. The alarmed fire brigade was on site at 02:25 am but could not prevent the farm and part of the house from burning down. The Homan family, neighbors of Kuperus, searched the burning farm for the people in hiding. But they had already fled immediately after the crash. Some of the household effects were dragged out and could be rescued.

The residents around the Amstelmeer heard the roar of aircraft engines that night. The sound went away and then returned. Slowly the aircraft lost altitude and the inhabitants of the Wieringermeer knew that this was a death struggle for the aircraft and its crew. At a low altitude, west of Slootdorp, the burning bomber exploded and the debris flew around. A large part of the cockpit ended up against the back of the farm of the Kuperus family at Molenweg 38 in Slootdorp. In no time, flames shot through the roof. The Kuperus family fled the house and saw three dead airmen, horribly mutilated. With all their might, the Kuperus family tried to wrest household goods from the flames with the help of the neighbours. After half an hour, the entire farm had gone up in smoke. The household effects that the Kuperus family managed to save from the flames turned out not to be safe in the garden. Much disappeared inexplicably. The Kuperus family, who moved from Baarderadeel to Slootdorp in 1937, found temporary accommodation on Ulkeweg. The farmhouse, which was only five years old when it burned down, was quickly rebuilt. For a short time, because as a result of the inundation the farm was completely destroyed again on April 17, 1945. Mr Ids Kuperus passed away on November 8, 1948. Mrs. Kuperus remarried with J. Dijkstra and in 1951 they moved into the new farm on the Molenweg. Mrs. Kuperus still remembers as if it were yesterday how, when she heard the plane approaching, she said to her husband: “He is arriving at our farm”. She still gets emotional when she thinks about the events of the fatal night. "Those corpses, those flames, that noise." The Germans were quickly present at the farm to guard the aircraft remains, which were scattered everywhere.

So much for the newspaper article.

In recent years, the SHHK Foundation has conducted research in the area and asked (former) residents about this specific crash. It is striking that no report is available from the air defense service. Only that the fire brigade reports a farm fire in the night of 5 to 6 June 1942 at Kuperus on the Molenweg in Slootdorp.

There are four German reports. The Wieringermeerpolder fell under the De Kooi airport area, according to the layout of the occupying forces. The occupier kept everything punktlich. Because the Polish crew wore the English RAF uniforms, some reports state that they are English crew members and they were buried with military honors in the Huisduinen cemetery. Only two bodies were found after the crash on June 9. They are buried as "Unknown" in Huisduinen. On June 18, the bodies of F.Łukasik and A. Kułakowski and two more unknown Polish crew members were found. After the war, between 21-28 May 1947, the crew remains were exhumed and transferred to the British War Cemetery in Bergen op Zoom. Some memories were brought back. The plane wreckage came down in flames at the back of the yard of the Kuperus farm (on the northeast side). Pieces of wreckage have also come through the roof of the farm. The Kuperus farm was completely burned down by the spreading flames of the wreckage (..). Three crewmen landed in the yard, close to the farm.

There is also a version that one aircraft engine and the tailpiece were found on the land of the neighbours, the family Koperdraad at number 30 Molenweg. The tailpiece complete with the gun turret was located at a distance of approximately 250 meters south of the aircraft fuselage. In the period after the crash, a helmet was found in the reed of the Kooltuinentocht opposite the Kuperus farm. Some wreckage, oil and fuel also ended up on the Bohemen farm. This farm is located west of Kooltuinenweg 1, diagonally opposite Molenweg 38. Various agricultural crops on Bohemens land were damaged.

A note from our chairman

We must not forget the story and the names of these Polish men, who died tragically in our polder. These men fought far away from their Polish homeland. The story of the crew and memories passed on will be preserved at our Foundation. We work together with the Wieringermeer Historical Society. If anyone remembers the incident or has more information about it, please contact Mark Hakvoort (markhakvoort14@gmail.com).